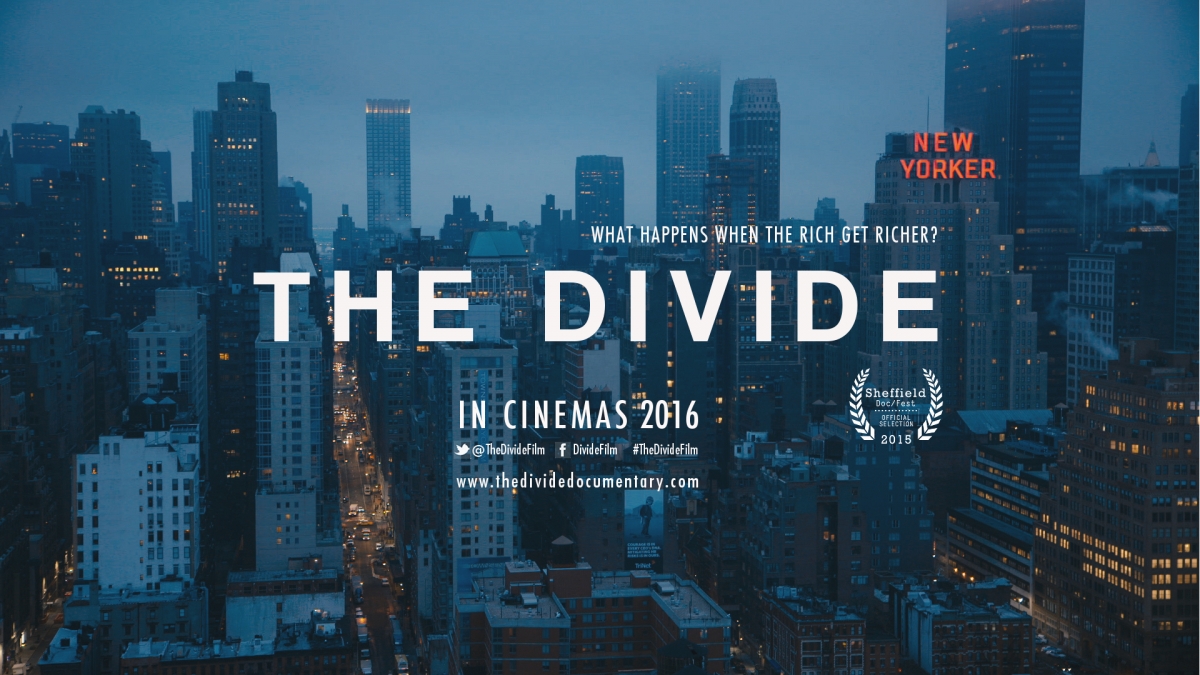 The effects of economic inequality on society, politics, and the economy are increasingly headline news.The film explores the personal impacts in a graphic and compelling way.

You can now see the film before the rush - the general release is not until next Spring.

"The Divide" is backed by the Equality Trust and My Fair London and the chair of the Trust, Sean Baine, will join Katharine for the Q&A session.

Early showings have been very well received - amongst other plaudits, it was nominated as best UK (documentary) film by the London Premiere Open City Documentary Festival 2015.

This is a great opportunity to see a highly informative film and to discuss its wider implications. Please pass the word to anyone else who would be interested.