In November  2012 my colleague  and I went to a full meeting of Bromley Council to ask my question that I had previously sent in;

"The Equality Trust web site tells us that closing the income gap between rich and poor is good for everybody. So, will Bromley Council reconsider setting up a Fairness Commission in the light of the high rate of pay for the Bromley executives and, also agree to pay the London Living  wage for its directly-employed and contractor-employed low paid workers”.

It was very daunting, as the large room looked like a court room. I was given my place on the main floor and my colleague sat in the gallery which was full of very excited union members; there was to be a vote on national/local pay bargaining.  When it was time for me to present my question I needed to move to the centre of the room surrounded by around 60 councilors. 50 of which were Conservative. I felt very calm and confidents as I had fully researched the material.

I had a lot of support with claps and cheers from the the gallery!!! the answer I received from the Councillor responsible for Pay policy was extremely convoluted and impossible to decipher on the spot but it was obviously negative. It also received lots of boos from the gallery!!  I was then asked to give my counter question;-

I believe this question had a huge impact on the Councillors as I could clearly see the shock on their faces and I had cheers,claps and cat calls from the gallery. I did get a  reply from the Councillor but of course it was negative to our request

Unfortunately no press were present  on the evening even though I had contacted local papers to inform them about my question. A press release was sent the following day and  a message was put out on twitter.  the twitter feed was answered but its was negative and convoluted.

It was after my Council experience that myself and  two other colleague in MFL who are Bromley residents set up a Bromley  Income equality group (bieg) and decided to do a campaign in Bromley. We began by having a stall in Bromley Market where we have lots of information from Bromley council web site, a small giant showing the huge pay gap as shown above. We do this every 1st Saturday of the month  collecting signatures on a petition asking Bromley Council to consider paying staff and contracted out workers the living wage or at least have a discussions with us. We always have a lot of response and people even thanks us for doing this.  Many interesting discussion happen and I feel we are educating people on Low Pay and its consequences. We now have more than 1,500 signatures. Although we have visited the council on many occasions they still haven't meet us to discuss  this issue. We have recently asked many people who signed the petition to send there own letter direct to the council, asking them why they wont meet with us. As far as we know there has been to replies.

I  have never been involved in this kind of activism at this level before and it all began when I joined My Fair london (part of the Equality Trust) .  I had read the  book  “The Spirit Level “ and that  was my inspiration.

I feel very passionate about low pay and will continue until one of the richest Boroughs in London makes a move to at least discuss this issue with us. 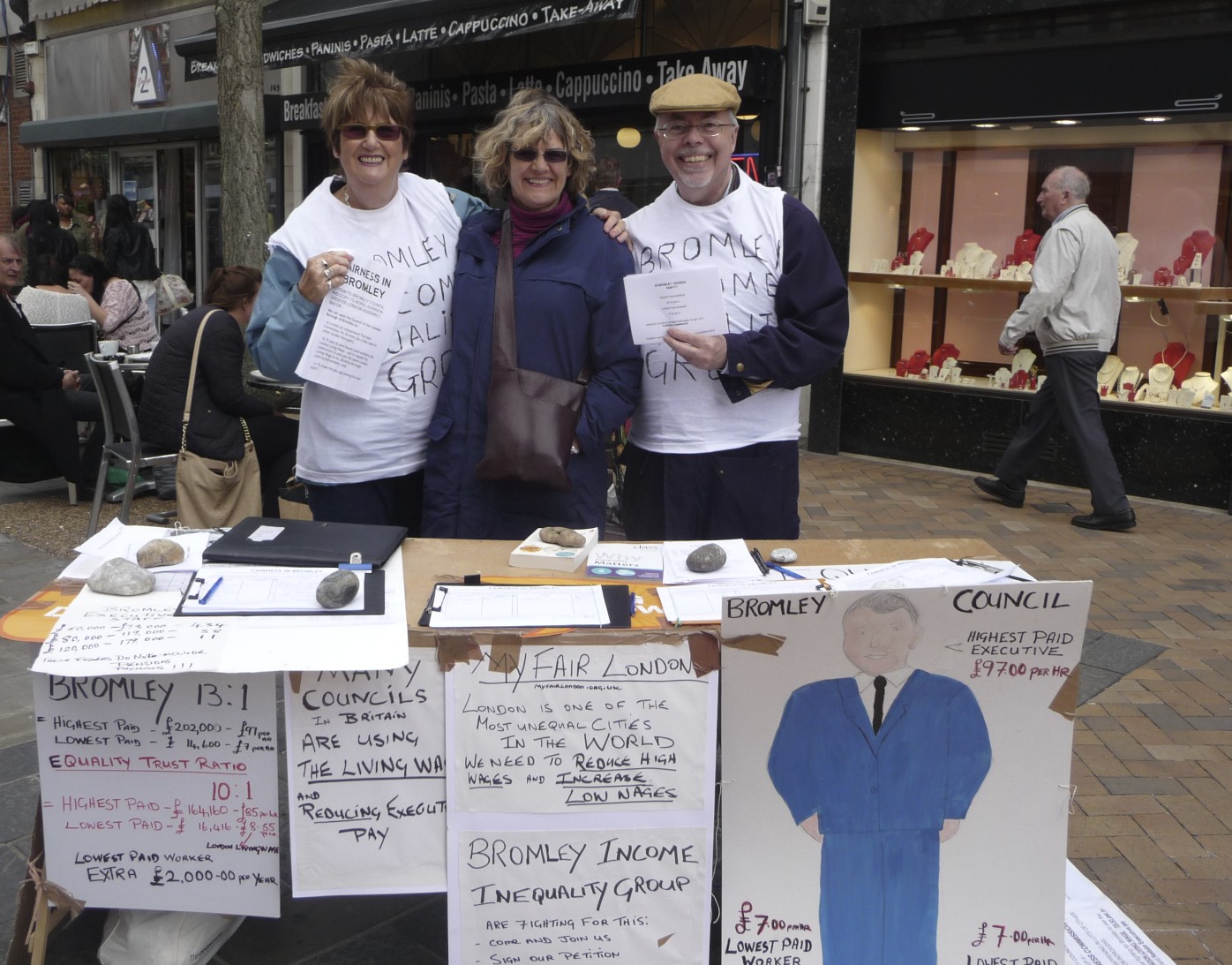 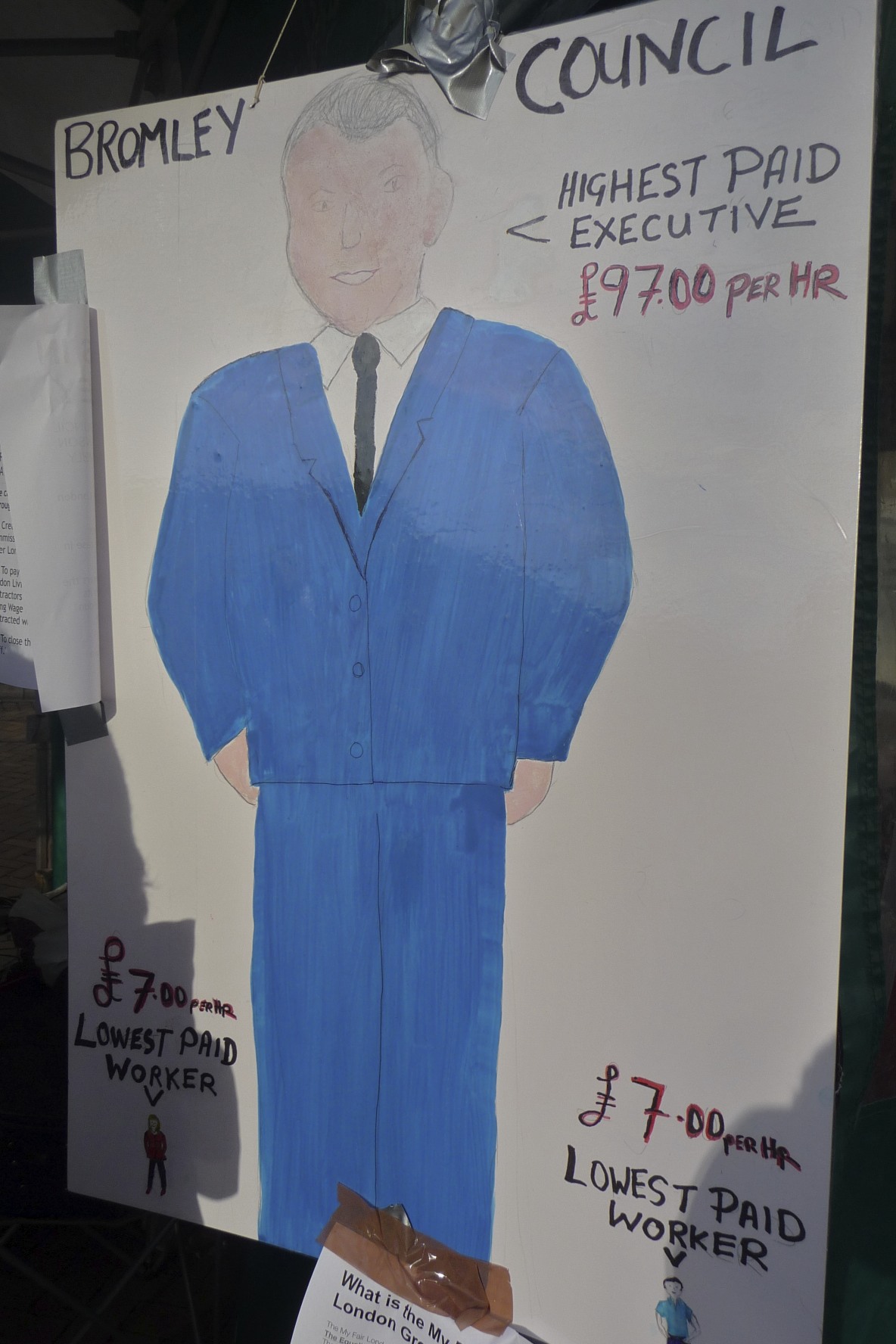