The London Fairness Commission has announced that it will launch it's final report on 15th March.  My Fair London was the driving force behind the establishment of the London Fairness Commission, helping to raise funds for its work, and working with Toynbee Hall and other partners to set its terms of reference.  The Fairness Commission has held a series of public events and debates, and reviewed evidence on housing, employment, transport, education and young people, and many other important questions, to come up with a series of practical ways to make our city fairer. My Fair London hopes that the Commission's final report will highlight the gross economic inequality that blights our city, and outline a range of practical measures that the next Mayor of London can take to begin to make our city fairer once again.

The launch event, chaired by the Editor of the Evening Standard, is on 15th March from 12.30 to 2.30 p.m. at the National Theatre. Click here for more details and to book your place at the launch.

Although we haven't seen the Commission's final recommendations, My Fair London activists and supporters are strongly encouraged to attend the launch, to show our support for the commission and to see what they have come up with!

Please find attached a copy of the London Assembly Economy Committee’s report, The Hourglass Economy: An analysis of London's Labour Market. The report is the culmination of an investigation by the Committee, into the response of London’s labour market to the 2008 economic downturn.

As the dust of the recession settles, the data indicates a strong recovery. However our investigation has revealed that, for some at least, the labour market now is a less positive place in which to work, than prior to the downturn.

The report calls for clear action by the Mayor, and his successor, to improve:

Please feel free to promote the report via your own social networks. An example tweet you may like to use can be found here.

In sickness and in wealth

In Sickness and in Wealth:

In every country in the world, the higher you are on the social scale, the longer and healthier your life will be. In Britain, the average person would have eight extra years of healthy life if they had the same opportunities as the richest in our society. This social gradient is not inevitable, so what can governments do to address these dramatic and unjust health inequalities?

At this Equality Trust event, hosted by UNISON, Sir Michael Marmot will discuss the evidence from his latest book,The Health Gap: The Challenge of an Unequal World, with Spirit Level authors Professors Kate Pickett and Richard Wilkinson. Together they will explore the political and policy implications of the research, and take questions from the audience.

Places for this event are free, but space is limited so please register here

An important, but depressing, new report has been published by the Centre for Health Economics at the University of York. The researchers have modelled the impact of our unfair society on the use of A&E departments and emergency attendances at hospital. They find that nearly half of all emergency hospital admissions are related to our unfair society. If we could move all households up to the income of the top 20 percent, that's a weekly income of £1,200 or above, we could avoid 158,000 emergency admissions annually. They found nearly 38,000 avoidable deaths associated with treatable conditions.  People in the poorest fifth of households in Britain are three times more likely to go to hospital than people in the richest fifth.

One of the biggest things we can do to help the NHS is to reduce inequality in Britain. Unfortunately the health harms reaped on us all by extreme inequality will take many years for our society to recover from.

The report is available at http://www.york.ac.uk/media/che/documents/policybriefing/Health%20Inequality.pdf

Oxfam have launched a petition asking David Cameron to take action to crack down on tax havens and the many other tax avoidance tricks used by multi-national corporations and the superrich. This is part of Oxfam's wider international campaign about inequality. They calculate that 62 people have as much wealth between them as 3,200,000,000, or half the world's population.  London as one of the leading centres of global finance, accounting and business must have a major part to play in rebalancing our world. The people at the very top are taking too much, and if you read Professor Sir Michael Marmot's book 'The Health Gap', you can see in detail how everyone, from rich to poor, would benefit from a more equal London, a more equal Britain, and a more equal world.

There's a good review of 'The Health Gap' here. https://www.timeshighereducation.com/books/review-the-health-gap-michael-marmot-bloomsbury 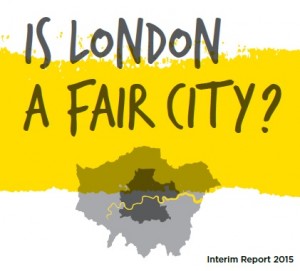